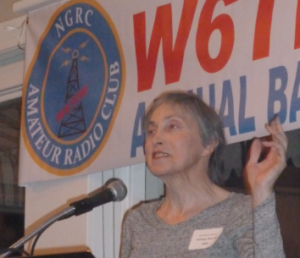 In about an hour we’ll compare and contrast such linked systems as:  PAPA; DARN; Cactus Intertie; Condor; WIN; RABBIT; EARN; SCIRA; and more.  Diana, AI6DF, previously served as President and later Coordination Board Secretary for the 220 MHz Spectrum Management Association of Southern California.  Several of these linked systems use the 222-225 MHz amateur band.

Everything you’ve always wanted to know….Diana will answer all your Questions about Southern California repeater systems as well as give us an update on ARRL activities.